Oh My Gosh at Omingmak

I fly a lot. I mean A LOT! Most flights are to major airports (Atlanta, LAX, Frankfurt)but occasionally I get to fly to remote locations and perform for some really cool audiences.

At the end of April I travelled to the edge of the Artic to perform at the Omingmak Festival in Cambridge Bay, Nunavut.

I had no idea what to expected yet here’s what I got:

ABRAKIDABRA was a feature show on the family friendly bill the first night we were there and my stand up show - ‘Choices, Chances and Chicanery’ was the hit of the second night.

The star, however was the hospitality. Everyone was there to help pt on these performances, especially the local aircraft engineer - ‘Santa’. Not only is he the guy who fixes the cargo/passenger jets that land there daily, he also spent years on the road doing front of house sound for The Tragically Hip, Celine Dion, Burton Cummings, Gordon Lightfoot - and now he lives on the DEW line!

It was two days of travel, eight separate flights, five airports and two days of -15 degrees!

Thanks Omingmak, I loved it! I’ll come back anytime. 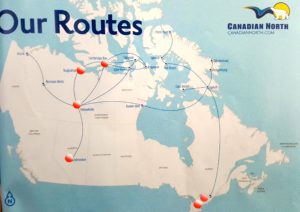 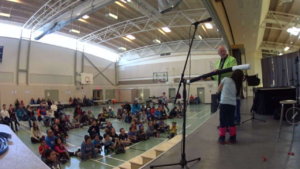 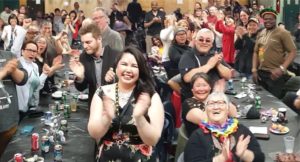 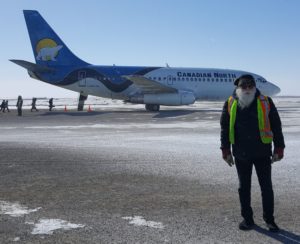