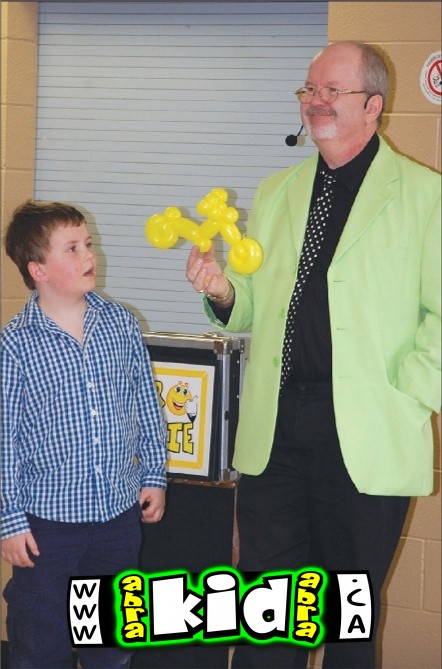 I came across this photo a while back and I thought it would be a fun one to share.

I’ve been doing Balloon Creations in my magic show now for well over 20 years. Originally they were as a ‘thank you’ to the volunteers who came up to help but over the years they – the balloons – have evolved into routines all their own.

Take, for instance, the one in the photo here. It’s not a ‘wiener dog’, it’s “65 horses of raw, Harley Davidson POWER!”

Yes, it’s a motorcycle. Check the expression on the boy’s face, he doesn’t believe it either.

That’s why in the new year, I’m giving clients the choice of a brand new show all themed around the magic I do with balloons. The AbraKIDabra! Balloon Magic Show won’t be an hour of making doggies, kitties and swords, but rather it’s an entire show about and with balloons.

And yes, the balloon routines from the regular AbraKIDabra Magic Show will all be there.

Peter Mennie – That Magic Guy
After 12 TV specials, 2 series, 100’s talk shows and performing over 250 shows each and every year, London, Ontario based magician Peter Mennie has become one of the busiest national family entertainment professionals working in Canada today. He is an expert at giving your special event audiences a performance that will likely be the “funniest magic show they will see all year”! 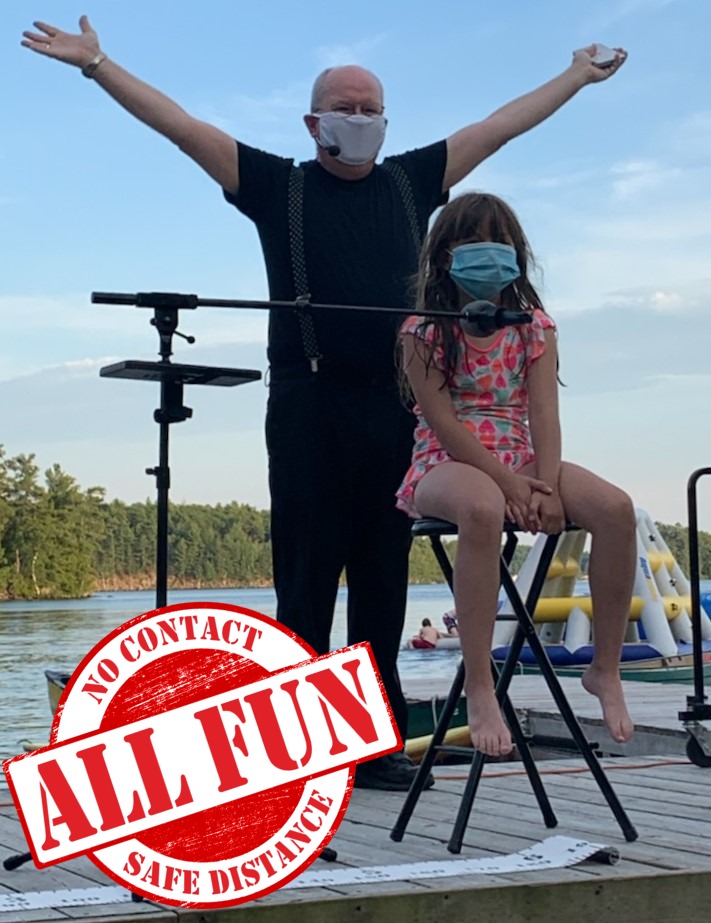 All of my shows are a combination of non-verbal magic performed to a musical accompaniment, speaking routines with a humourous twist and non-embarrassing audience participation. The silent and speaking routines will be performed with or without a face-mask depending on the safe distance the audience is away from the performance area.

All of the audience participation can be done with the volunteer in the audience if they so choose. If they wish to come to the stage, it will be necessary that both of us wear a mask (as per the Ontario Public Health guidelines) and they will be seated on a stool 2m away. However, this will not diminish the entertainment value of the magic.

All of the props used in the show are either brand new ‘out-of-the-package’ or are thoroughly disinfected before, after and sometimes during the performance.