Yes, I’ve Been On Television 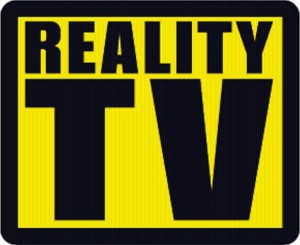 This past Sunday Night while I was performing at Kelsey’s London Hyde Park, a kid at a table asks me if I have ever been on television. I said, “Why yes, many times. I’ve even had my own show.”

In fact I have done 12 television specials, 2 series and hundreds of talk show appearance over my 40 year career.

This morning I got an email from Daytime London asking me to fill-in at the last minute (in 2 hours). Apparently a guest cancelled at the last minute. I said I’d love to but I don’t have a car this morning. They offered to come and get me but I managed to find a ride from a good friend, former Original Kids Theatre Company Artistic Director, Art FIdler

For television appearances like this, I do a lot of pre-planning. I always ask who the hosts will be since I need to plan out what routines I will be doing. Over the years I have been joined by dozens of different hosts and early on I started to keep track of who and when. I’m on Daytime 11 times a year and doing 2-3 routines each time, eats up a lot of material. So I keep track of it in a database. I know which tricks I have done for which hosts so that it’s fresh for everyone.

But this time around I had a bigger concern. My Close-up show was in my car, with my daughter!

In this business, we have a term/show we call the Commando Show. It’s a show that we always take with us, as carry-on so that in the event we lose our luggage, we can still do a show. Luckily I had my Commando Show with me (and only because I hadn’t put it in the car yet).

Shower, shave, dress and I have time to kill before my ‘handler’ (Art) comes to give me a ride. I think the dog would like to play catch.

Yep, you guessed it. I stepped in it outside. Off downstairs to clean off my shoes. Of course now they are wet and I can’t wear them for the show. But this is television and fortunately today they will be shooting from the waist up and the torn, dirty shoes I now have to wear won’t be seen.

So now you know.

Peter Mennie – That Magic Guy
After 12 TV specials, 2 series, 100’s talk shows and performing over 250 shows each and every year, London, Ontario based magician Peter Mennie has become one of the busiest national family entertainment professionals working in Canada today. He is an expert at giving your special event audiences a performance that will likely be the “funniest magic show they will see all year”!